Issues with a tree crown can often be fixed with proper pruning. Late winter and early spring are the best times to begin trimming to solve crown issues.

A crown that begins too low on the trunk can be a nuisance. Low branches make it difficult to walk beneath the tree, which can compromise your ability to do general landscape tasks around the tree. Sometimes the issue is that the main lower branches are all too low, or it could just be one or two branches that are lower than the main crown. Regardless, it is possible to raise the crown.

The tree can be trimmed so that the lowest branches begin about a third of the way up, so you can raise the branches on an 18-foot tall tree to the 6-foot mark on the trunk. Trim off the excess branches so they are flush to the trunk. You don't want any stubs protruding as this slows healing.

An overgrown crown is a bit more difficult to fix. Overgrown crowns are those with branches encroaching into unwanted areas, such as scraping against your roof. A crown is also considered overgrown if it looks shabby due to uneven growth amongst all the branches.

A general rule is to remove no more than a third of the length of the main branches. To reduce the crown, trim back all of the branches to create a rounded canopy. Repeat this process each year to gradually reduce the spread of the crown to a more manageable size. Avoid topping the tree, which just cuts the top off to reduce height. Topped trees look bad and they are more prone to diseases and poor future growth patterns.

Density can be a problem, as well. When the crown has overly dense growth there is no room for air circulation or light penetration. Issues with diseases like mildew increase, and the leaves may begin to die. Another issue is friction damage, as one branch rubs against another.

Thinning is the solution for an overly dense crown. First, any dead or broken branches are removed. Then, rubbing branches are located and the weaker of each set is removed to prevent future rubbing. If the crown still seems dense after this, then about a fourth of the healthy branches will be trimmed out to further open up the crown.

Contact a tree trimming service if your tree has crown issues to address. 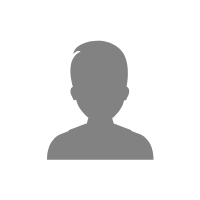 Many homeowners do not give their trees much thought until something goes wrong. Maybe the tree starts losing leaves or a bracket starts growing from its trunk. You should certainly call a tree service in cases like this. They can determine what is wrong with the tree and help you devise a plan for managing it. But did you know that proper tree care can also prevent disease? That's right — having your trees trimmed regularly will protect them from illness and ailments. On this website, we aim to share pertinent information about tree care to help you keep your trees in better health. Enjoy!